“Out of the mountain of despair, a stone of hope.” These are the words found on the Martin Luther King, Jr. Memorial in Washington, DC. Years later, this still rings true. We turn to Dr. King for wisdom in our dark days. The National Park Service has given us the ability to stand in his shadow and sit in the pews of his church. and we felt that it was important to share these sites with you on this Martin Luther King, Jr. Day. 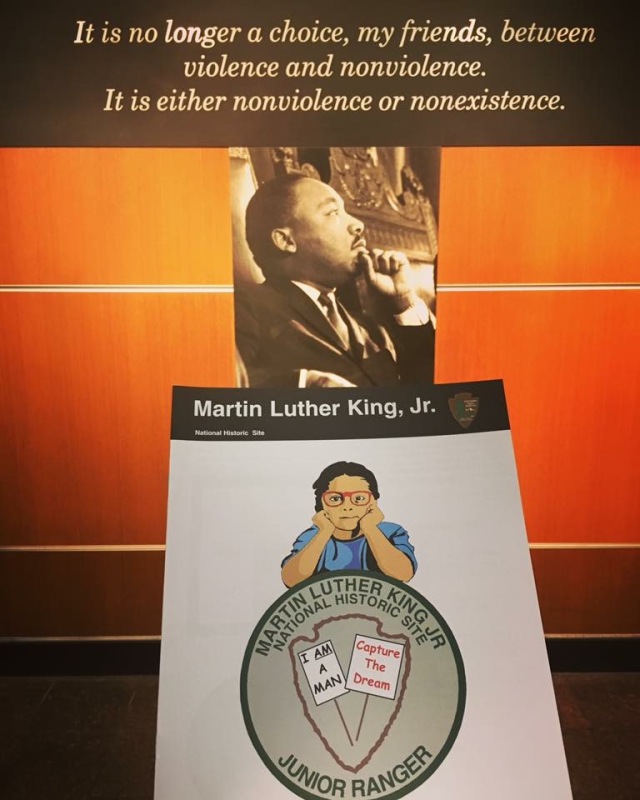 This site allows visitors to step back in time to catch a glimpse of Dr. King’s life as a young man. Take a seat in Ebenezer Baptist to listen to one of Dr. King’s sermons, an experience that is sure to captivate and move you. Wander down to the old firehouse where a young Martin played basketball with other neighborhood boys and also learn about the fight for equality within the city of Atlanta’s fire services. Visitors may also tour King’s childhood home after acquiring tickets from a ranger at the visitor center.

The visitor center is a great place to start your day at this site with several different videos providing a look at King’s life and the Civil Rights Movement. There is also a large exhibit hall that highlights King’s work and the work of other who joined him in the fight and took up his efforts after his death, proving that his dream would not end when his life did.

We both agree that the junior ranger pledge at this site is one of the most meaningful oaths that we have taken and encourage you to participate in the program at this site. 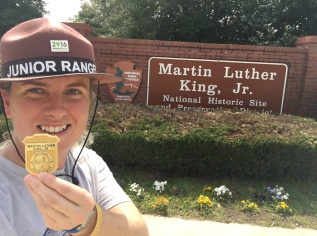 I have a thing for quotes, and this site is full of some of the greatest words that Dr. King ever spoke. Excerpts from speeches that he delivered across the globe adorn the slabs located behind his statue that stands overlooking the Potomac and Jefferson Memorial. We highly recommend spending some time at this site when you need a moment to draw strength from King’s sturdy position on the sculpture and his powerful words that are etched on the walls behind him.